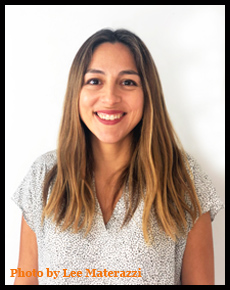 Belen is a picture book writer and recipient of the 2019 Lee & Low New Voices Honor Award for her manuscript THE SEESAWS. The daughter of Mexican immigrants, she was born and raised in California's Central Valley. She spent her childhood summers in Mexico with her grandparents and has been navigating two cultures her entire life.

Belen’s debut, DAUGHTERS OF THE SUN, a PB about the interconnectedness of immigration and migration through the eyes of a woman and a monarch butterfly, illustrated by Caldecott Honor artist Juana Martinez-Neal, is scheduled for publication in Fall 2024 by Little, Brown/Hachette.

In the meantime, Belen’s already receiving accolades.  She’s the recipient of SCBWI's Ann Whitford Paul Honor Award for one of this year’s most promising manuscripts, UNSTOPPABLE LORENA, a poetic non-fiction manuscript about Maria Lorena Ramírez, a member of the Tarahumara indigenous people of Chihuahua, Mexico. 100 QUESTIONS has been chosen as the runner-up honor winner for the Volemas Grant, Meg Medina’s new opportunity for writers of Hispanic/Latinx/Ibero-American heritage.

Belen studied International Relations and Spanish at Stanford University and has a law degree from George Washington Law School. She also studied refugee and asylum law through the George Washington Human Rights Law Summer Program at Oxford University.  She practiced immigration law for several years after law school before transitioning to other, less heartbreaking work. Belen now lives in the Pacific Northwest with her husband and two sons. Her life and career experience provides a rich source of inspiration for her stories.