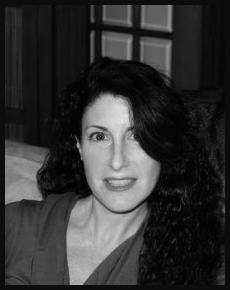 Canadian-based Danielle Arbour grew up, the youngest of three girls, in Midland, Ontario. When she received her first paint set at age five, she knew that this was going to be a great passion of hers. She studied Graphic Design at both Sheridan and George Brown Colleges, before working as a designer in some of Toronto’s largest advertising agencies. After over 10 years in the business, Danielle created her own line of children’s textiles and décor with her eldest sister. Each line of bedding was based on a set of characters and themes. It is here that she discovered her love for storytelling.

When the company closed after seven years, she turned her focus to developing children’s products and raising her own two children. Danielle now freelances as a children’s illustrator and designer in Riverdale, Toronto. She has created everything from infant dishes and children’s stickers to children’s e-books and magazines. Now, starting with her debut picture book, Ready, Set, Kindergarten (written by Paula Ayer), Danielle is certain to capture the market in yet another format.

Here’s something else to know about Danielle: in every picture that she draws, you will find at least one bird, representing her late father and his love for bird-watching.

Designer of the Agency's brand and logo, this up-and-coming star has certainly captured our heart!