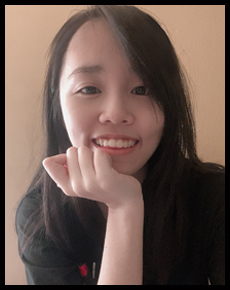 Linh My Nguyen (pronounced like Lyn Mee Win) was born and raised in Vietnam. During her high school years, she immigrated to the United States with her family and has been living there ever since. Drawing has been her interest since she was a little child, but she pursued a path unrelated to art during college (Finance), only to realize later that she is her happiest when she creates arts, specifically art for children.

During her second year of college, she stepped into the world of illustrations with her iPad and Apple Pencil. Her desire to draw grew bigger than ever. She would use all the free time she had in college to teach herself to draw, by taking online classes and studying from her favorite artists. The more time she spent on drawing, the greater she felt. From those moments, she knew that if she didn’t try to pursue her passion, she would regret it.

Linh loves to capture light and incorporate it into her illustrations. She’s attracted to bright colors and warm, cozy atmospheres. Her illustrations are inspired from the simple things around her, places she visited, and movies she watched. She also takes inspiration from her experience growing up in Vietnam and from various Asian cultures that she read or was told about. Her imagination enables her to create her own magical world, filled with colorful, whimsical, heartwarming sceneries and characters.

She loves creating illustrations in her iPad Pro and then bringing them to Photoshop to do the final edits. She prefers working digitally because it allows endless freedom to her work. When Linh is not illustrating, she is usually watching a movie or a new animated film. She also loves to spend time with her family and visit different places with her friends.

Linh My Nguyen is represented by Ana Crespo.