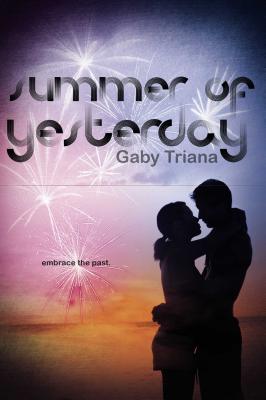 Summer officially sucks. Thanks to a stupid seizure she had a few months earlier, Haley’s stuck going on vacation with her dad and his new family to Disney’s Fort Wilderness instead of enjoying the last session of summer camp back home with her friends. Fort Wilderness holds lots of childhood memories for her father, but surely nothing for Haley. But then a new seizure triggers something she’s never before experienced—time travel—and she ends up in River Country, the campground’s long-abandoned water park, during its heyday.

And there—with its amusing fashion, “oldies” music, and primitive technology—she runs into familiar faces: teenage Dad and Mom before they’d even met. Somehow, Haley must find her way back to the twenty-first century before her present-day parents anguish over her disappearance, a difficult feat now that she’s met Jason, one of the park’s summer residents and employees, who takes the strangely dressed stowaway under his wing.

Seizures aside, Haley’s used to controlling her life, and she has no idea how to deal with this dilemma. How can she be falling for a boy whose future she can’t share?


“A fun-loving, time-traveling trip to the 1980s—all that’s missing is a DeLorean. Whether it’s jelly shoes, Casio watches, or Christopher Atkins, Triana offers a feast of period references that will make adult readers smile (teens may need to do some Googling) . . . [A] sweet, lighthearted summer escape.”

“This cute coming-of-age romance that deals with grown-up feelings of love and loss may just be a bridge over the generation gap.”

“A love letter to long summer nights spent with new friends, the promise of true love, and the magic of a Disney connection. Triana powerfully captures the lasting effects of an ephemeral summer in River Country, letting Haley’s emotions splash over the page like a plunge on the park’s water slides, as she discovers that being a teen in 1982 held many of the same challenges as being a teen today.”