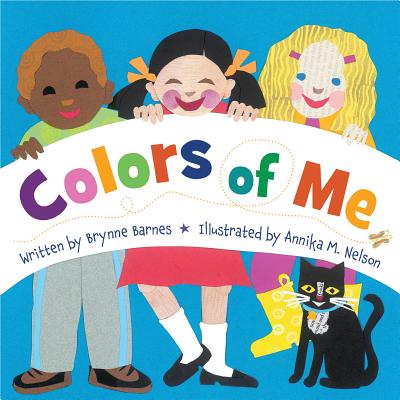 What inspired you to write Colors of Me?

Many things. But it’s largely due to how I grew up. Unlike most children, race wasn’t something that I acquired at home. In fact, I didn’t even know that it existed. My parents never made mention of race; they never discerned between people that way. So it was a foreign concept to me. And I didn’t understand it (and to be honest, I’m pretty sure I still don’t).

I was 6 or 7 years old and a group of kids in my class kept asking me “whether I was black or white.” I had no clue what that meant. But I didn’t want them to know that. So I just shook my head or shrugged or said “Does it matter?” and that worked for a while. But they were persistent. And one day, I asked them to answer their own question: What are you? They said, “Black,” as if I should’ve somehow known that. So I replied, “Then I’m Black, too.” They gave each other a look. And then they informed me that I was white. I reasoned, “We’re in the same class; we play together at recess; we like the same things; we’re alike. So if you’re Black, then I must be Black, too.” They shook their heads and informed me that I wasn’t like them because I didn’t look like them. After school, I went home and asked my parents about it. After giving each other knowing looks, they explained it to me. And for several weeks afterwards, I wondered why it mattered. I don’t think I ever stopped wondering; but eventually, I did start writing. I knew that I wasn’t the only one who needed a book like this as a child.

What do you hope that readers will take away from your book?

I’m hoping that they take away a new perspective on how we view the world and each other. I’m hoping that children will ask the questions that adults have forgotten to ask. I want children to realize that the color of the thing isn’t the essence of the thing. And I hope that adults will realize that maybe if we change the way we see the world, it’ll change the way we see each other.

How important is it for African American children (or any other ethnic group) to see themselves in picture books?

I don’t think anyone should underestimate the importance of all children being able to see themselves in literature intended for them — to identify with characters that look like them and don’t look like them. I think there’s a dire need to see more diverse characters portrayed in stories that are not about “race” or “multiculturalism,” for example, but that we encounter and accept these differences among characters in stories, as we do in our everyday lives — as natural elements of the world we live in. Our societal fabric consists of a cornucopia of people and familial structures and religious and ethnic backgrounds; I would love to see the stories that we tell reflect this.


In her whimsical debut author Brynne Barnes celebrates the colors of our world.