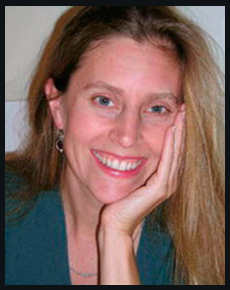 A teacher, mother, and enthusiastic proponent of reading aloud to children, Anna Dewdney continually honed her skills as an artist and writer and published her first Llama Llama book in 2005. Her passion for creating extended to home and garden and she lovingly restored an 18th century farmhouse in southern Vermont. She wrote, painted, gardened, and lived there with her partner, Reed, her two daughters, two wirehaired pointing griffons, and one bulldog.

Anna was a warm-hearted, wonderful, wise soul who will be forever missed, but whose spirit lives on in her books.

Anna Dewdney’s Llama Llama books have all been New York Times bestsellers, and several titles have reached #1 on the list. In addition, her books regularly make the Publisher’s Weekly and IndieBooks bestsellers lists. The first book, LLAMA LLAMA RED PAJAMA, was Jumpstart’s “Read for the Record” selection in 2011, which set the world’s record for most readings of a particular book on one day. Anna’s work has been adapted into stage plays, dance performances, and musicals, most notably by Dolly Parton at Dollywood. The Dolly Parton Foundation has also chosen her Llama Llamaseries for The Imagination Library, a not-for-profit organization serving young children through book donations. Many states and not-for-profit organizations also use her books for literacy campaigns and programs.

Nineteen favorites from Anna Dewdney’s bestselling Llama Llama series, many narrated by the author herself, plus Nelly Gnu and Daddy Too.