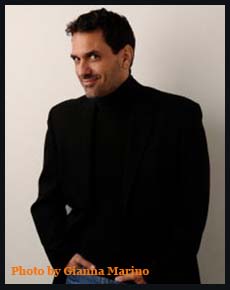 Jim Averbeck enjoys throwing himself into situations which give him an opportunity to explore and grow. He joined the Peace Corps in his late twenties and lived and worked in Cameroon in western Africa for almost four years. One night, listening to the intricate rhythms of nearby drumming, Jim fell into a dream of a highly visual story, perfect for translation to a picture book. Then and there, he realized he wanted to write for children. And he’s done so, to much acclaim.

Publishers’ Weekly said in a starred review that his first book, In a Blue Room, a Charlotte Zolotow Honor for picture book text, would “feel to children like a promise kept” while School Library Journal called the book “perfect.” (Also a starred review.)

And he’s accumulated more starred reviews over the years for the following delightful stories:

“Both poignant and triumphant at once” – Kirkus

“An art-positive story rich in love, determination, and delightfully big words for brains of all sizes.” – Kirkus

“Fun, clever, and empowering…a sequel that outshines its predecessor.” – Kirkus

One Word from Sophia

One Word From Sophia was chosen by indie booksellers for their very first Diversity initiative, was a Top 100 African-American Kids’ Book included in Marley Dias’ viral 1000blackgirlbooks video, as well as a Kirkus and Bank Street Best Book of 2015 and a “must read” IndyNext Top 10.

Jim has won numerous awards and accolades for his other picture books, as well, including except if, OH NO, Little Dragon! and The Market Bowl.

And he’s delved into middle grade novels, too. A Hitch at the Fairmont (a Junior Library Guild Premier Selection) was Jim’s debut, award-winning novel for middle-grade readers.

Jim, a mentor for We Need Diverse Books and Storyteller Academy, was born and raised in the suburbs of Cincinnati, Ohio, a beautiful city built, like Rome, on seven hills-wooded hills of oak, walnut, and maple where he and his childhood imagination ran wild. Now, Jim works, plays, and evades the law Colorado, 8 miles west of the Great Divide.