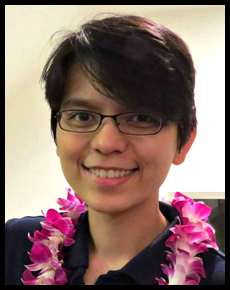 N.A. Windsor was born and raised in Manila, Philippines. Her love for books developed early through her education in Miriam College Grade School and High School, and was cultivated further during her college years in the University of the Philippines (Diliman).

N.A. is the Program Manager of the UCLA Extension Writers’ Program and the Co-Regional Advisor of the Los Angeles Region of SCBWI (Society for Children’s Book Writers and Illustrators). In both posts, she organizes and produces various writing events and conferences.

In 2010 she founded the Children’s Book Writers of Los Angeles (CBW-LA.org). Through her work with CBW-LA Publications, N.A. has co-created, co-produced, and co-written Story Sprouts and Story Sprouts: Voice. These volumes feature a collection of writing lessons and exercises and the resulting creative works of poetry and prose by members of CBW-LA. N.A. also co-created and co-produced Kayla Wayman, Junior Time Traveler: Lost in the Stream, a Story Sprouts Collaborative novel with one character, one story and one voice written by 24 different authors. To achieve this amazing feat, she pieced together all 24 stories by writing 8 key scenes. She also contributed the three illustrations found within the novel. The collaborative novel won Story Monster Ink’s Royal Dragonfly Grand Prize in Middle Grade Fiction in 2018.

Outside of these writing groups, N.A. is also a member of LA Doce Pares, where she is currently ranked as a black belt in the Filipino martial art of Eskrima. A multipotentialite, N.A. enjoys learning about everything, and exploring new skills. When she has extra time, she likes to dabble in one of her many interests which include photography, sketching, watercolor painting, occasionally playing a tune on her guitar or ukulele, and baking. She lives in Los Angeles with her (very patient) wife, their four indoor cats (who get jealous of the many strays they feed outside), and her aunt (who was her former English teacher, and who nurtured her love of books at a young age).