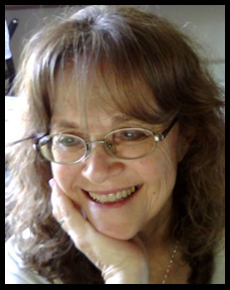 Hans Christian Andersen Nominee Nora Hilb is truly an international star. Worldwide, she has illustrated dozens of picture books and board books, and her work has won numerous awards. Nora was born in Buenos Aires, Argentina, and she still lives there, dividing her time between the seaside and the city. Because Nora’s parents were both from Germany, she grew up speaking German, later learning both Spanish and English.

Like many of the best artists around the world, Nora’s personal history is complex, giving her emotional layers that translate into the ability to express the essence of human emotions. The joy, love, and playfulness in her art speaks directly to children. It won’t be a surprise to discover that Nora studied to be a kindergarten teacher. Her desire to create drove her to work for a company that produced animated films for children.

But in 1980, Nora was arrested by the Argentine's military dictatorship and remained a political prisoner for nearly four years. When she was finally released, Nora opened a graphic design company. Then, tired of designing labels for everything from shoe polish to vinegar, Nora turned her attention to children's books, illustrating her first title in 1989.

Nora is grateful to have the chance to work and grow in a profession she so dearly loves. As a child, she loved drawing more than anything else, though she never imagined it would become her profession. “What I like most,” she explains, “is to illustrate picture books with animal characters that combine humor and gentleness. I want to be able to transmit through my illustrations all the passion and joy I feel when I create them.” And so she does!

Nora always begins her illustration process with sketches on paper and pencil. Then she alternates between digital and traditional media, developing warm, child-friendly, accessible images that immediately engage the reader.

Nora also writes her own stories. She is the author of the board book series GASTÓN RATÓN Y GASTONCITO, now 8 books strong. One of her most successful characters, written in partnership with her sisters Vera and Claudia and illustrated by Nora, is El Lobo Rodolfo (Rudolph, the Wolf) who has won the hearts of children and grownups throughout Argentina.