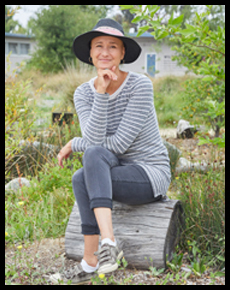 As a digital artist for many Hollywood blockbusters, Gela Kalaitzidis has made Robert Downey Jr. fly, Brad Pitt age backwards, and Johnny Depp sink in numerous pirate ships. She has exploded just about everything on screen. Gela's imagination is limitless, and now – with her focus on children’s illustration – you'll be blown away by her talent!

Gela's love for the fantastic began in her native Sweden, a country so far north that the summer sun never sets, and the winter darkness feels eternally long. There, Gela grew up an only child among the trolls, elves, and other Nordic mystical creatures, and she developed an affection for drawing, reading, and dreaming. Following her childhood passions, Gela earned a degree in Fine Art. Then she discovered digital art and was immediately mesmerized – so much so that Gela went on to study Digital Media at the American Film Institute in Los Angeles.

After becoming a mother, Gela found her way back to her childhood dream of illustrating and storytelling. She replaced her computer with watercolor pencils and hasn’t stopped drawing since. She now lives in Venice Beach, CA, with her husband, three children, too many cats, and an endless number of stories to share.